"Separatism finds the most purchase in Alberta itself, where half of residents (50%) say it could happen." 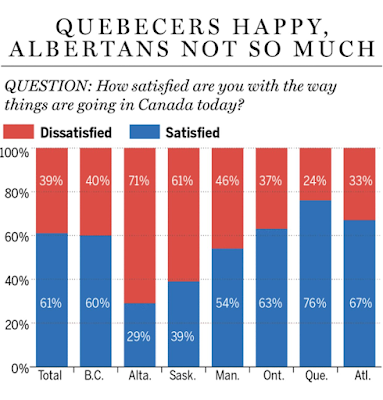 In the four westernmost provinces – the perception that anger at the federal government is on the rise tops seven-in-ten (73%).
The historical data bears out a sense of increasing resentment. The Angus Reid Group asked this same question in 1991, and while a perception of anger has grown, it has not grown evenly across each western province.
In Alberta, 86 per cent of respondents say anger at the federal government has been increasing, up from 63 per cent in 1991. The percentage saying this also tops eight-in-ten in Saskatchewan, but it has increased more modestly in British Columbia, and remained statistically unchanged among Manitobans since the early 1990s: