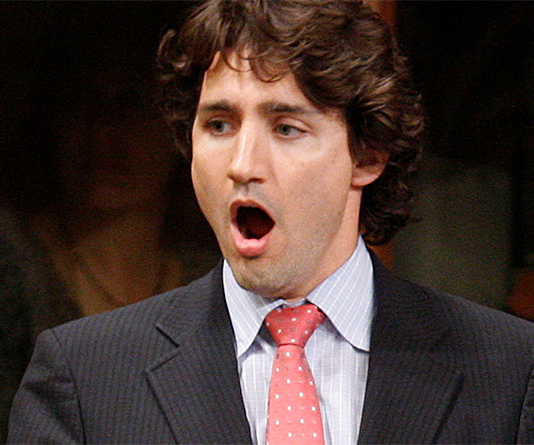 Premier Jason Kenney’s equalization gambit—his oft-repeated threat to seek the removal of equalization from the Constitution—is not as outlandish as his critics maintain, though it could use some rethinking and fine tuning.
In a recent commentary in Maclean’s, Max Fawcett colourfully wrote that “Alberta cannot, on its own, compel the rest of the country to remove equalization from the Constitution any more than it can compel the Toronto Maple Leafs to give all their best players to the Calgary Flames.” Why? Because amending the Constitution Act, 1982 to delete section 36, which commits Ottawa “to the principle of making equalization payments,” requires the support of the federal government and seven provinces having “at least fifty per cent of the population of all the provinces.” Impossible!
But Premier Kenney knows this. The equalization gambit’s real objective, he maintains, is less to pursue a quixotic constitutional amendment than to shine the beam of national negotiations on Alberta’s fight against the ways in which governments that benefit from Alberta’s resources obstruct the transport and sale of those resources.
The problem, of course, is how to get other governments, especially those who do not concede Alberta’s claims, to the negotiating table. This is where rethinking is needed.
Premier Kenney believes a provincial referendum on an equalization amendment will do the trick. According to the Supreme Court’s 1998 Secession Reference, if a clear majority of Quebecers voted affirmatively on a clear question to separate from Canada, other governments would have a “duty to negotiate” the required constitutional amendments in good faith. This duty, the premier maintains, is triggered whenever “provincial voters seek a constitutional amendment through a referendum,” not just when they seek secession.
Premier Kenney is right to think the Secession Reference’s “duty to negotiate” will bring reluctant governments to the table, but he’s wrong to rely on a provincial equalization referendum to trigger that duty.
Why? Because the Secession Reference is most plausibly—and most widely—read to give referendums the independent power to trigger the duty to negotiate only when the question concerns secession, giving reluctant governments a ready excuse to ignore Alberta’s proposed equalization referendum.
Fortunately for Alberta, it’s harder to ignore the alternative, non-referendum-based trigger for the duty to negotiate. At paragraph 69 of the Secession Reference, the Court declares that “the Constitution Act, 1982” confers on “each participant in Confederation” the “right to initiate” amendments, adding immediately that this right “imposes a corresponding duty on the participants in Confederation to engage in constitutional discussions.”
Note the general language of this formulation. Whenever a participant initiates an amendment requiring multilateral consent, the other relevant parties are obliged to discuss it. Any participant and any amendment—nothing in this formulation limits the duty to negotiate to a secession amendment.
But neither does this formulation say anything about referendums triggering the duty to negotiate. Paragraph 69 invokes the “right to initiate” conferred by the Constitution Act, 1982. The relevant provision of that Act is section 46, which specifies that amendments requiring multilateral consent “may be initiated either by the Senate or the House of Commons or by the legislative assembly of a province.” A “resolution” by any of these legislative bodies is the constitutional “initiating” mechanism, and thus what triggers the duty to negotiate.
At this point in its judgment, the Court has clearly established a duty for other jurisdictions to discuss amendments initiated by the legislative resolution of any one of them. Ergo, an equalization resolution by Alberta’s legislative assembly would unambiguously impose the duty to negotiate on the other provinces and Ottawa.
Premier Kenney must still hold his equalization referendum—Alberta’s Constitutional Referendum Act requires one “before a resolution authorizing an amendment to the Constitution of Canada is voted on by the Legislative Assembly”—but it’s the resolution, not the referendum, that triggers the duty to negotiate. To take Alberta’s fight for fairness into the national forum of constitutional discussions, the premier must bring reluctant governments to the negotiation table. Adding a legislative resolution to the proposed referendum strengthens his hand; it’s the better way to leverage the Secession Reference.
The Supreme Court acknowledged that when “democratically elected representatives” initiate amendments in the manner explicitly prescribed by the Constitution, they “may take their cue from a referendum.” A referendum to cue the resolution that triggers the duty to negotiate—that’s the needed refinement of Jason Kenney’s equalization gambit.