May 28, 2020
"Canada is presently in the throes of social and political disintegration. A left-leaning electorate has once again empowered a socialist government promoting all the lunatic ideological shibboleths of the day: global warming or “climate change,” radical feminism, indigenous sovereignty, expansionary government, environmental strangulation of energy production, and the presumed efficiency of totalitarian legislation. Industry and manufacturing are abandoning the country in droves and heading south. 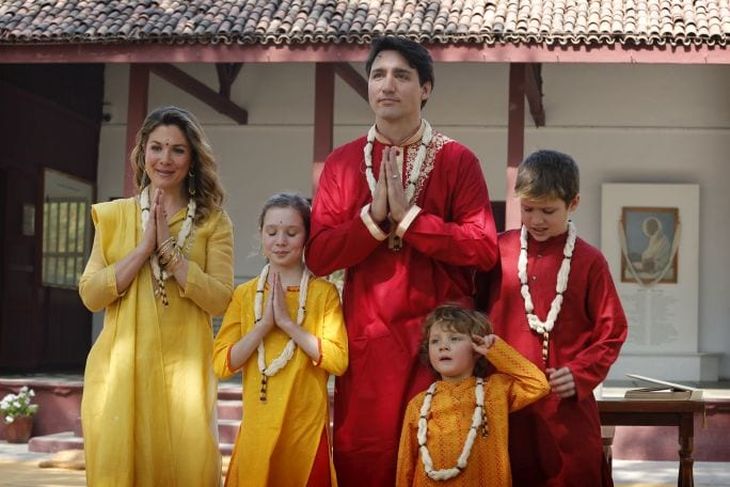 Canada is now reaping the whirlwind. The Red-Green Axis consisting of social justice warriors, hereditary band chiefs, renewable energy cronies, cultural Marxists, and their political and media enablers have effectively shut down the country. The economy is at a standstill, legislatures and City Halls have been barricaded, blockades dot the landscape, roads and bridges have been sabotaged, trains have been derailed (three crude-by-rail spillages in the last two months), goods are rotting in warehouses, heating supplies remain undelivered, violent protests and demonstrations continue to wreak havoc—and the hapless Prime Minister, who spent a week swanning around Africa as the crisis unfolded, is clearly out of his depth and has no idea how to control the mayhem. No surprise here. A wock pupper politico in thrall to the Marxist project and corporate financial interests, Justin Trudeau is generally baffed out when it comes to any serious or demanding concerns involving the welfare of the people and the economic vitality of the nation. Little is to be expected of him in the current emergency apart from boilerplate clichés and vague exhalations of roseate sentiment. ...
The latest entry in the exit sweepstakes is oil-rich but hard-done-by Alberta, a province which suffered under the National Energy Program introduced in 1980 by the current PM’s father Pierre Trudeau, and is currently struggling under a concerted left-wing campaign, sponsored by Green-progressivist foundations (American consortiums masking via proxies as Canadian coalitions), clueless Nobel laureates at their virtue-signaling best, and a Liberal government ideologically aligned with the NDP (New Democratic Party) and the Greens, to prevent the development of its vast oil reserves. Alberta has always resented the indifference to and domination of the Canadian West by the so-called Laurentian Elite comprising “the political, academic, cultural, media and business elites” of central Canada. There is now a Wexit movement gathering momentum.
It might just as plausibly be argued that Canada is composed of a veritable congeries of competing, self-identified mini-nations—English, French, Islamic, Chinese, Sikh, native tribes with multiple patrimonies and unpronounceable names, and sundry political constituencies affiliated with the global left. Contributing factors like indiscriminate immigration from dysfunctional countries, metastasizing socialist doctrine verging on nascent totalitarianism, a state-funded national broadcaster and a deeply compromised print media subsidized by the Liberal government added to the destabilizing brew. ...
Whatever Canada may once have been and whatever the talking heads may incessantly proclaim, Canada is no longer a viable political construct. It is a dead country walking.
Read David Solway's full article here.
Alberta Separation News Aggregate Canada is broken