The Trudeau government is a case study for crony capitalism. And crony capitalism, when it is implemented whole-scale as the official economic engine of a nation, is called fascism. We are not fascist yet, but are on the muddy crony capitalistic pathway to it. 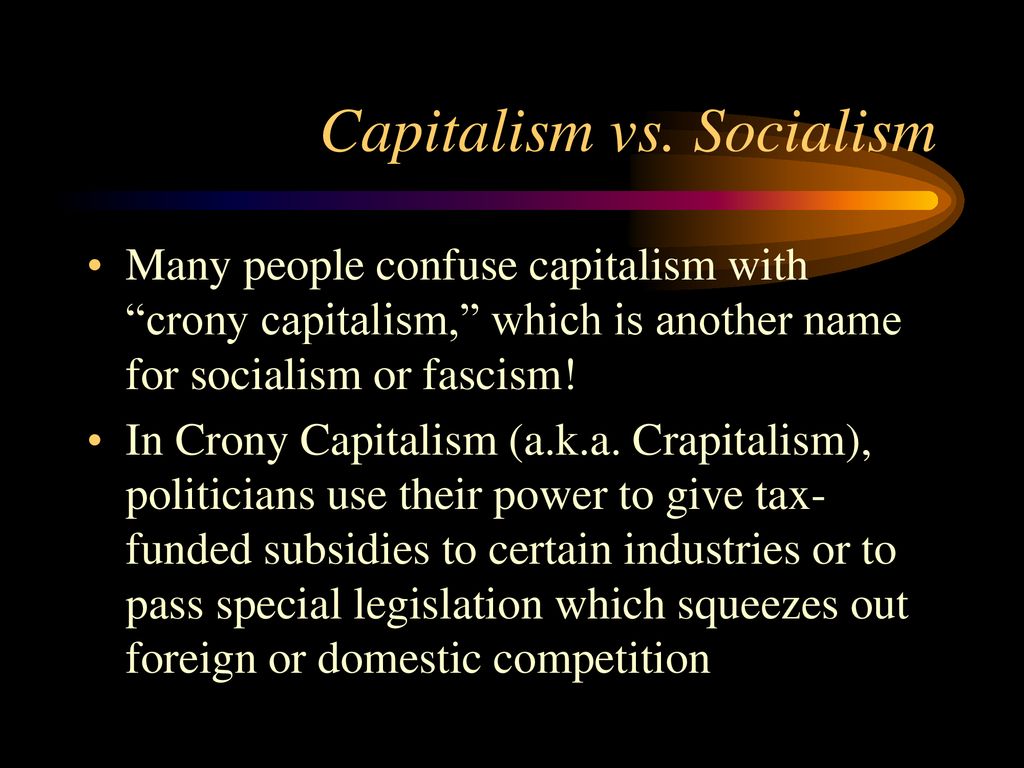 Many people get confused at this juncture, and like to condemn the shortcomings of capitalism. These poor misguided souls then elevate socialism (which is the muddy pathway to communism) as the Marxist snake oil to treat our nation. They see those unsettling characteristics in our supposed capitalistic model, and wish to reject it. In fact, they have been rejecting it incrementally for generations by integrating socialist policies into the capitalistic matrix: and they don't understand that the modern failings of capitalism exist because of the addition of socialist addendums to capitalistic doctrine. The Socialism is the problem, not the Capitalism.

Most understand that socialism generates a welfare state, which supposedly purports to help the needy. Unfortunately, they superficially help the needy by engaging in immoral economic practices. And the help they offer is only momentary, for as Margret Thatcher famously said, "They eventually run out of other people's money to spend". But what many miss is that this same welfare phenomenon is simultaneously occurring on the corporate level, and is the reason for the nation's economic woes. The government is engaging in Corporate Welfare. They are socialistically giving money to corporations to help them prosper, in direct opposition to capitalistic doctrine.

Now imagine that there were 3 restaurants in a town, and they were competing for the town's
patronage. The numbers were tight, and the battle of the bistros was afoot. Each restaurant tried to survive by making better food at a cheaper price. But imagine if the town council stepped in and gave one of those eateries a million dollars in aid. And in turn, that eatery used the million dollars to cut the price of its food in half. Given that people value their money, they would naturally gravitate to the far cheaper restaurant. This would hammer the nails of bankruptcy into the coffin of the competitors, who could no longer compete. And why? Because the government picked a favourite and enabled it to destroy its competition.

When a government uses the powers of the state to attack political enemies, this is universally, in Western democracy, seen as a grievous violation of the law. But this is exactly what the government does with corporate welfare, it selectively picks winners and losers. And sadly, the reason is often darker than mere economic stupidity; it can involve a kickback that helps the government stay in power; For example, the eatery that was the beneficiary of city council's corporate welfare, in turn, donates a portion of those gifted tax dollars back into the re-election campaigns of select Councillors (a tit for tat). Yet even without a tit for tat, it is morally repugnant and unfair.

Air Canada is a massive company. Yet as time has past, it hasn't been as cost-effective as it should have been to remain competitive. Because of this, smaller discount airlines can surface and start eating away at Air Canada's dominance. This occurred a couple of decades ago when a company called Jetsgo was finding success by chipping away at Air Canada's profits. Jetsgo was a discount airline that was simply a lot cheaper. Air Canada, it seemed to me, was unwilling to take on their union to lower their operating costs and slid close to bankruptcy. They squealed to the federal government for a bailout and were given a massive sum. Remember, they were competing with other smaller airlines, which would have benefited substantially if Air Canada went under. To survive in a purely capitalistic system, Air Canada would have to had substantially trimmed its prices. Yet ours isn't a laissez-faire Capitalistic system. So instead, Air Canada used federal money (corporate socialism) to create its own regional discount airline to undercut the price of Jetsgo (classic fascism). It was called Tango. Because of federal interference, Jetsgo went bankrupt. This relieved Air Canada of that pestilent competition. Tango was then folded for it was no longer needed. This seems, to me, to have all been done with federal bailout money. The federal government of Canada is destroying people's lives by undercutting their businesses by unfairly utilizing the near-infinite funds of the state to selectively support one business to destroy another. This is not capitalism. This is corruption.

Let's bring this to today: Covid19 has decimated the travel business. Airlines all around the world are struggling to survive. The CBC seems to like pushing stories contemplating a governmental intervention to funnel large sums of tax dollars into Air Canada's coffers (1). Air Canada has publically been pushing for governmental aid to rescue it before it has to restructure itself to stave off bankruptcy, a recurring theme with them. Yet, interestingly, with the worldwide hobbling of airline companies, I saw a story where Air Canada just paid 720 million dollars to buy a European airline company (2). So while they were simultaneously playing the news media to report on their need for bailout money, they spent 3/4 of a billion dollars to buy an international competitor?

Unfortunately for Air Canada, Trudeau has already broken the Canadian piggy bank - and the back of Canada's economy. Otherwise, he would have likely already ponied up a billion or so for the government's preferred airline. We'll have to keep watching to see if Trudeau's libs give Air Canada more tax money to assist in the further destruction of their competition. Fascists are what fascists do.

Take Survey - Goverment of Alberta asks Albertans what to do