A word from the former leader of the Wildrose Party, Brian Jean, conveniently summed up from tweets into this meme. 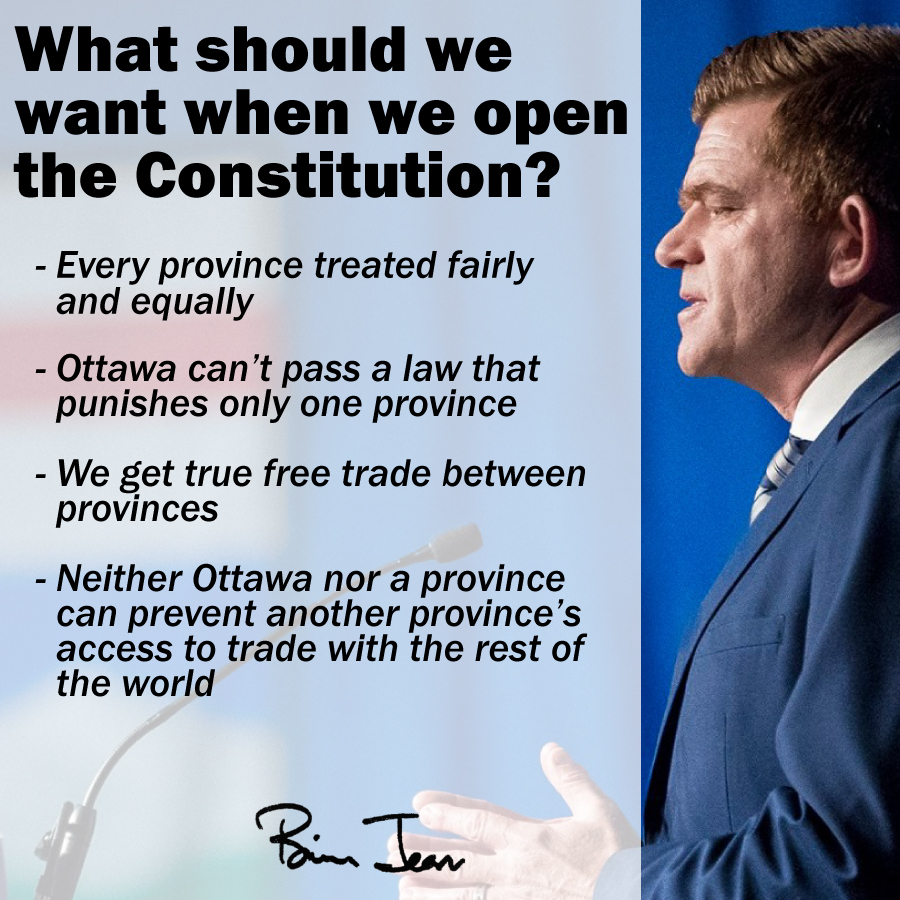 
"If Premier Kenney can't get a deal from Canada Alberta should leave".

This is significant because he is such a high profile past politician. Perhaps he is thinking of reentering the political field?


When Canada is going insane, it is time to leave. It isn't only about economics, it is about how one perceives reality or refuses to perceive it. As I am fond of saying, Canada seems to have a different CULTURE than Alberta. This Newsfeed illustrates this:


A new bill in Canada’s House of Commons (C-8) could send parents to JAIL for five years if they refuse a transgender transition for their kid.


JAIL. FOR FIVE YEARS. For telling your kid that he’s a boy & he’s gotta stay that way.


Wexit Saskatchewan is now an official party. It has begun and is putting the infrastructure in place for separation.

Warren Buffett of Berkshire Hathaway pulled a planned $4 billion investment out of Canada because of “political uncertainty”, a.k.a. lawless blockades and a regulatory process that’s all maze and no cheese.

What kind of a domestic energy policy is this?


So Canada hates Alberta oil, but loves oil from foreign dictatorships? I can't help remembering that past ethics probe into Trudeau where an OPEC Sheik was flying him to a private island for a free holiday. Do you think Trudeau has been paid off by Middle Eastern Oil to kill Canadian Oil? I wonder if there has been any "donations" to Trudeau's `Trudeau foundation'?